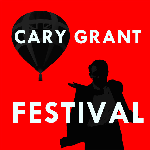 In perhpas one of his most iconic roles, Cary Grant plays Roger O. Thornhill in North by Northwest (directed by Alfred Hitchcock, 1959), a twice-divorced New York advertising executive who is mistaken for George Kaplan - an elusive US secret agent - and foreced to go on the run. When he meets Eve Kendall on a train he lights her cigarette with a monogrammed matchbook bearing the initials R.O.T. Thornhill's middle initial "O" is widely accepted as being a dig at producer David O. Selznick who added his "O" to distinguish himself from a relative also named David Selznick.

Shop By
Shop By