Broadly Juki sewing machines have pretty much always been made in Japan. There are multiple offices and sites that have been founded worldwide. However, it wasn’t until pretty recently that Juki moved their manufacturing outside of the Japanese roots of the company. Take a look at the brief history below to find out more for yourself.

Manufacturers of machinery in Tokyo invested to form Tokyo Juki Manufacturers Association in 1938. This then converted to a joint-stock corporation in 1943, changing its name to Tokyo Juki Industrial Company Limited. In 1945 they were permitted to make sewing machines, completing their first in 1947. This is when they began exporting to the US. In 1957 they began to export their industrial sewing machine to Hong Kong.

After winning various awards and creating more machines, in 1959, Juki opened a “Sewing Efficiency Laboratory”. This was to help improve productivities. It ran a workshop for the sewing factory managers. They released a JUKI Magazine in 1960 and in 1960 Juki Hiroshima Seisakusho (now called Juki Hiroshima Corporation) was founded. Juki opened a sales headquarters at Kabukicho, Shinjuku in Tokyo in 1965. In 1966 they incorporated Nakajima Seisakusho (now called Juki Matsue Corporation) in Shimane Prefecture into the Juki Group. In 1969, knife manufacturer Suzutami Precision Industry Company Limited was also incorporated into the group. After that, Misedani Industrial Company Limited (now Juki Metal Corporation) was founded.

The eventful 70s through to the calmer 80s

The latter part of the ‘70s was quieter for Juki, yet still eventful. A parts centre was opened in 1974, as a department which supplied spares for the industrial sewing machines. Yet another sales company was founded, Juki America Incorporated, in the USA. The head office also opened a Sewing Centre in 1977. The ‘80s were also quieter. However during this time, Tokyo Juki Industrial Company Limited changed its company name to Juki Corporation. 1982 saw a branch office of Juki (Hong Kong) Limited founded in Singapore and 1988 saw the company acquire a major industrial sewing machine manufacturer, Union Special.

The Early 90s – The beginning of overseas manufacturing

1990 to 1999 saw the first Juki manufacturing plants being deployed overseas. Until this point, everything had been produced exclusively in Japan. Sales offices had been the only things that were ever founded off of the islands. In 1990 the first overseas factory was founded, in Shanghai in China. This was shared jointly with another company. Shanghai Juki Sewing Machine Company Limited was founded purely as a manufacturing plant for the household sewing machines. There was no industrial machine manufacture at all. As a result, in 1994, Tokyo Juki International Trade (Shanghai) Company Limited was founded as a sales company in China.

The Late 90s – The continuation of overseas manufacturing

In 1995 many new sites were opened; a parts factory for the industrial sewing machines was founded in Vietnam, as Juki (Vietnam) Company Limited, a company to control the sales in Asia was founded in Singapore (Juki Singapore PTE. Limited) as well as two production facilities. A manufacturing plant for industrial sewing machines founded in Langfang, in China, (Juki Xinxing Industrial Company Limited). This was also shared with another company. As well as this, a company for the manufacture and procurement of parts for the industrial machines was also founded. This was in China and became Juki (Ningbo) Precision Company Limited.

In 1999 Juki spun off a domestic sales department for their industrial machines as a separate company. This was known as Juki Sales (Japan) Corporation. In this year, also incorporated into the Juki Group was Zevatech. This was done to strengthen the sales of their industrial equipment in the US and Europe. It became Juki Automation Systems Incorporated. 2000 saw a wholly-owned manufacturing plant founded in Shanghai. This was for the industrial machines, rather than the domestic which was in the shared factory. This was the birth of Juki (Shanghai) Industrial Company Limited.

2008 saw the opposite effect of the years leading up to it. Growth hit reverse for a short time. All the stocks of Union Special were sold in a management buyout (MBO) deal. The Union Special was a subsidiary that was acquired in 1988. The door-door sales of the household sewing machines were halted. By 2009, however, Juki was back into growing. They started an “Eco-Products” system with a certification mark. In December, they moved the company from Chofu City to a new building. This was built in Tsurumaki, Tama City, in Tokyo.

Unfortunately, in 2011 the Great East Japan Earthquake hit. The Tohoku earthquake and tsunami were devastating for Japan. The effects could be felt in a number of places around the world. The early warning system in Japan meant that the residents had just one minute of warning. However, that alone saved many lives. Juki wasted no time and began activities to restore their facilities that same year. Also, in 2011, they made an alliance with Siruba. Suruba is the major industrial knitting device company in Taiwan. At this point, the Juki Cooperative association was reorganised into the Juki Cooperative Society.

Despite the knock to their manufacturing plant, throughout 2011 Juki continued their worldwide expansion. They founded a sales company in Bangladesh, (Juki Machinery Bangladesh Limited). As well as this, founding a company called Siix EMS Shanghai Company Limited. This was done jointly with Siix. An electronics factory that was part of Juki (Shanghai) Industrial was transferred to the joint venture company.

In 2012 a sales company is founded in Vietnam. It is called Juki Machinery Vietnam Company Limited. In 2013 the company decided to make the department for industrial equipment independent. This department then became Juki Automation Systems Corporation. This merged with the business department for SMT equipment for Sony EMCS, a year later in 2014.

During 2016, a model concept of a Smart Factory is presented at Japan International Apparel Machinery 2016. A business segment name and grouping is changed to Sewing Machinery and Industrial Equipment & System. In 2017, the three companies in the Akita Prefecture are all integrated into one company. This is called the Juki Industrial Equipment Technology Corporation.

At the end of 2018, in mid-December, Juki celebrated its 80th anniversary. So from the end of the war to the present day, the household sewing machine manufacturer has expanded exponentially. Going from a small business in Chofu City in Tokyo to a global organisation. Juki has experienced natural disasters, huge growth and merges, and still continue in their development projects to this day. 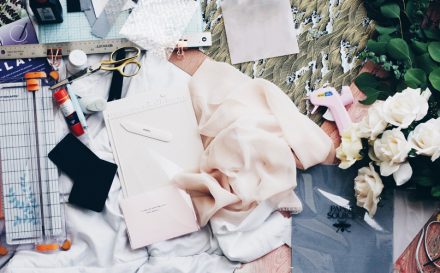 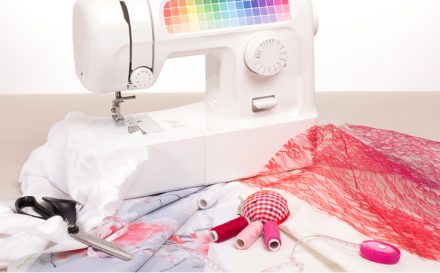 How To Avoid The 13 Most Common Sewing Mistakes 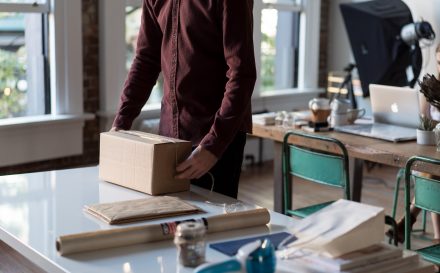 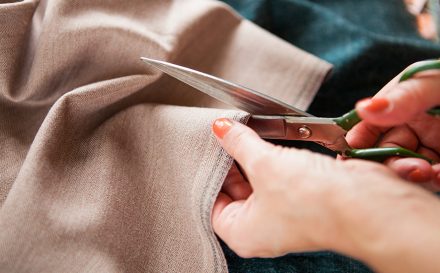 How to Cut Fabric on the Bias