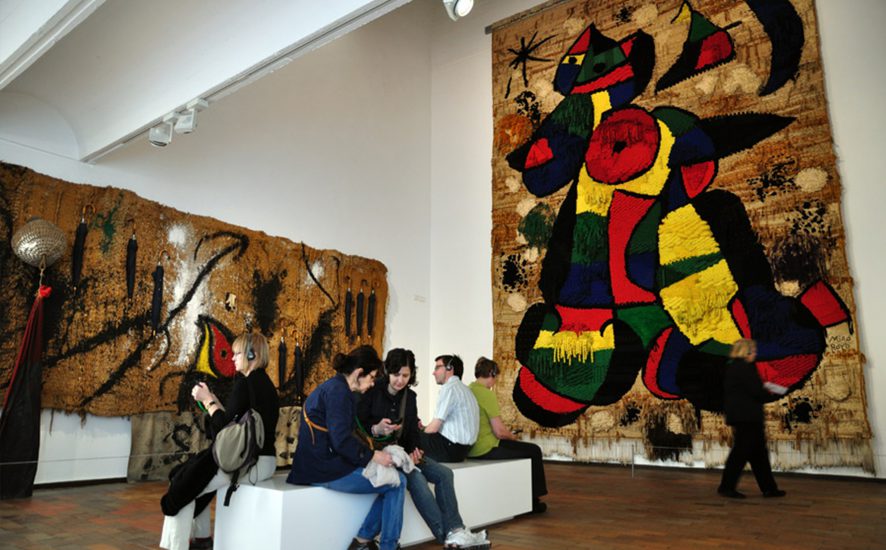 At Contrado we love combining art and design with fashion and textiles to produce unique products, created through our processes of digital printing, sewing and embroidering. Together with our talented artists we bring creativity and design work to traditional fabrics and textiles, making new and exciting pieces through our use of materials. Artist Joan Miró similarly sought to merge the mediums of these two notions through his artwork in the latter years of his life. He began creating tapestry work that combined his traditional painting with woven textiles and challenged our perception of him as a creator.

Joan Miró was a renowned Spanish artist born in Barcelona in 1893. He became famous as an influential painter, sculptor, and ceramicist during his life, and was acknowledged as an artist of the first rank who played an important role in the imaginative life of the 20th century.

As one of the first artists to represent Surrealism as a movement, Joan Miró combined abstract art with surrealist fantasy. A museum dedicated to his work, the Fundació Joan Miró, was established in his native city of Barcelona in 1975. A large piece which is displayed in this museum is a unique tapestry, ‘Tapestry of the Fundacio’ which depicts Miró’s classic painting style, yet is crafted entirely from wool.

It was only in 1972 that Miró produced his first textile pieces in collaboration with Josep Royo, aiming to explore the boundaries between mediums. Inspired by Catalan ‘sobreteixims’ i.e. heavy, decorative double-woven cloth, he enhanced the variety of these imaginative creations of his home land even further. ‘Sobreteixims’ were somewhere between collage, painting and tapestry – they depicted his paintings, yet were made of wool and fabrics. Miro had made the choice to reject the constraints of classic painting, transferring his visions to a medium with its own specific connotations.

It’s well known that the artist always had an interest in unusual materials which allowed him to break away from expectations, playing with the inter-relationships of materials throughout his work. Miro’s interest in folk art and culture lead to his discovery of the creative potential of textiles. Textiles seem to have granted the artist with a long-searched need for physical contact with the materials, and a penchant for simple things and craftmanship.

From here, Miró’s works only developed and became less conventional, with the introduction of various textures, everyday objects, and of course paint, creating what could be interpreted as cyclical works. Miro’s use of colour and form in a playful and symbolic manner resulted in intricate compositions, even in the more rustic textile works. His application of marks and colour had a profound impact on the Surrealism and Abstract Expressionism movements for years to come.

This Tapestry of the Fundació, 1979 (on the right), is a colossal example that also raises the issues of the work’s integration into the architectural space. Miro aspired to something very essential within the thinking of contemporary art, which valued what had previously been considered primitive.

Explore Art with Textiles with Contrado

As an art printing service, we not only embrace the combining of artistic mediums, but the playful quality of Miro’s works – encouraging it not only in creating works ourselves, but in everyday life. Explore the merging of art with fashion and textiles in our online shop, and design your own artwork to be adorned on over 400 fabrics, clothing or accessories. 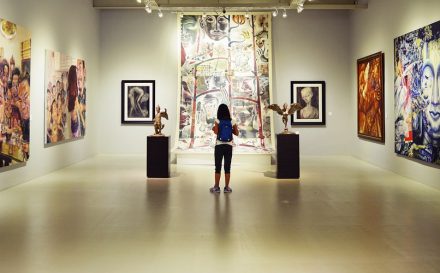 How to Organise an Art Exhibition: Your Checklist with 6 Planning Tips 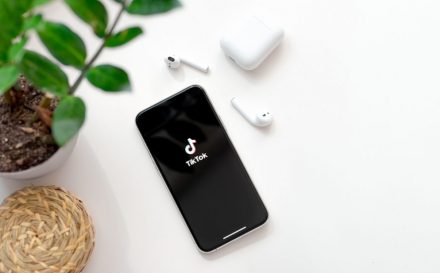 How to Promote Your Art on TikTok: Tips to Go Viral 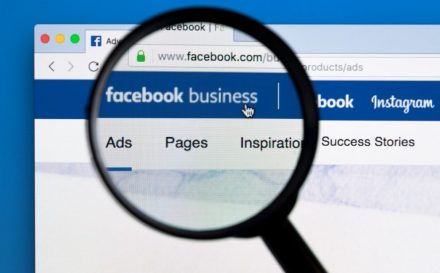 How a Facebook Business Page Can Expand Your Brand 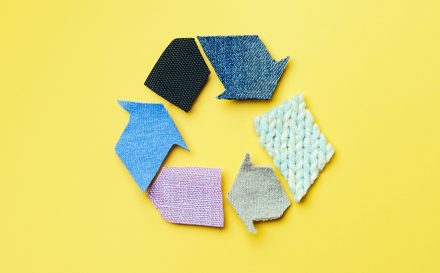 4 Sustainable Fabrics For A Greener Wardrobe