Men's swimwear tends to get a bum deal. Available in navy, red, white, black and if you're lucky a 'Hawaiian style' floral print. Nobody should have to settle for a lack of variety, a lack of pizzazz and a huge lack of choice. Design your own bespoke swimwear for men, custom made to order and break the mould. Custom swimwear UK is available in a variety of sizes and styles, you can create something you're proud to wear in public. 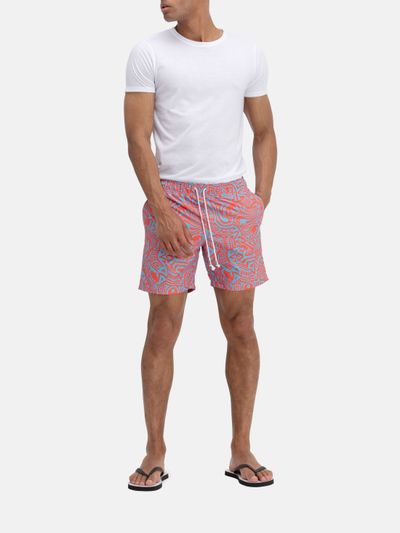 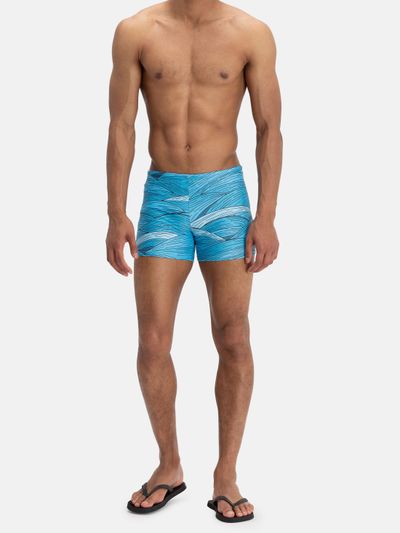 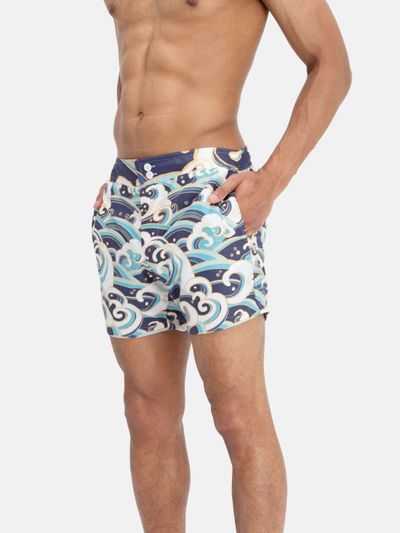 The History of Swimwear

Swimwear has not always been used, with early swimmers doing so entirely unclothed for some considerable time. It wasn't until 1737, that there was anything official to state that swimwear should be worn, and not until 1860 that it actually became law. Since that time men's swimwear has taken on varying shapes and styles over the ages, to become the plethora of choice that you are presented within our selection of custom swimwear UK.

In the classical ages, swimming and bathing were done completely naked. All imagery that we have depicting these times show unclothed swimmers, and that appears to be the case right through to middle ages. Throughout the middle ages, people - for the most part - didn't swim. Any kind of swimming or outside bathing was completely discouraged, which led to there being little need for any form or swimming attire.

Throughout the 17th-century bathing-costumes did begin to do the rounds. The original swimming clothing derives from spas in Bath (the big city in Somerset, not the tub in your bathroom) which were mostly Roman built. This comprised of a pair of drawers and a waistcoat which was fashioned from yellow canvas material.

Throughout the 18th century, a man would wear a swimsuit that was made from wool. It was somewhat figure-hugging and had long legs and sleeves. This was similar in style to a thermal underwear all-in-one suit. Very little change was made to this design for another 100 years or so.

Throughout the 18th century, each town was free to make its own laws regarding the official bathing and swimming dress code. In 1737, for men, the dress code stated that no male over the age of ten was to go into any baths within the city, either during the day or throughout the night without a pair of drawers and a waistcoat.

In the UK, it became against the law to swim naked in 1860. Throughout the 1860s, caleçons (a type of drawers) came into use. Many people throughout this time protested against these caleçons as they wanted to stay nude whilst swimming and bathing.

In some areas, typically those which are situated in tropical regions, men would also wear thongs, g-strings and even bikinis. This was usually on the beaches however would also be worn in pools and lakes.

Throughout the 90s, men's swimwear began to regress, becoming longer and looser fitting once more. The hems would often come as low as the knees. Some would be worn lower, on the hips rather than on the waist. Not everyone was a huge fan of this style of swimwear either, and that brings us to when we are today where multiple styles are available at the same time, from the minimal to the loose to the tight-fitting-but-longer.

Despite for the first time in hundreds of years, being presented with more choice on the cut or the style of men's swimwear, options are still incredibly limited. Basic primary colours, along with black and white are extremely common, those which feature a pattern all seem to consist of a very standard 'swim short floral design' again in those same colours. In a modern world where uniqueness is something to celebrate, one for all just won't do anymore.

Design your own custom swimwear UK, featuring your designs and artwork. Choose from the style that you find most comfortable, and tailor it to make it your own, truly bespoke swimwear for men. It's not just the design that can be customised either, with most of our men's swimwear you can choose the finer details too, from the stitching thread colour to the finishing details. Our custom swimwear, UK made to order, is not only available in a range of styles, but a range of sizes too.